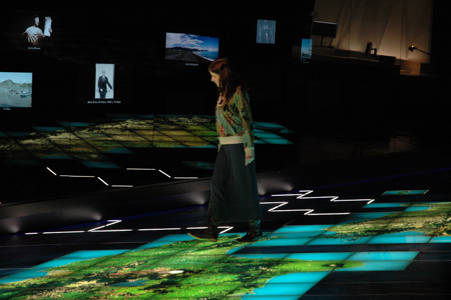 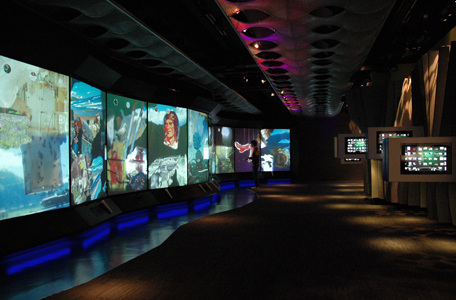 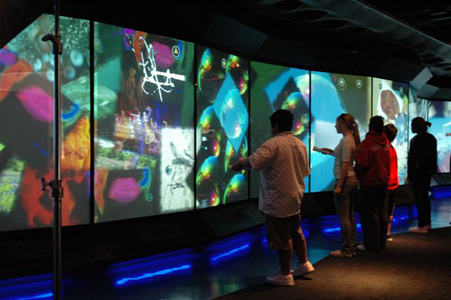 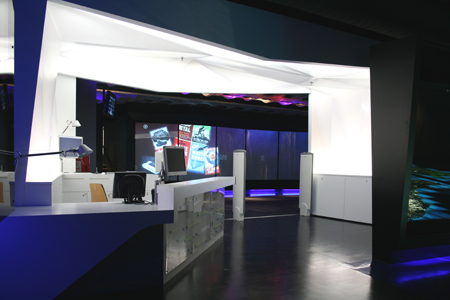 The simple presence of visitors walking over the backlit map of New Zealand triggers multi-media displays illustrating the places they “visit”.

A visitor’s transit past the large display screens at the end of the map cues a response from the electronic postcards on the display.

The Wall gives them access to an ever-expanding democratic database of image, video and media, with which they can interact, edit, and montage via a “wand” device onto the 18m long multi-screen video wall.

The custom-developed software which powers these exhibits was written by Gibson’s in-house team of developers.

The themes explored in these displays are further developed in two motion-simulator experiences, one a theatre experience taking visitors on a journey “into the Wall” to experience New Zealand’s landscape the way the kiwis enjoy it; the other an enclosed cabin which voyages deep into the ocean to explore the undersea volcanoes of the Kermedec Trench.