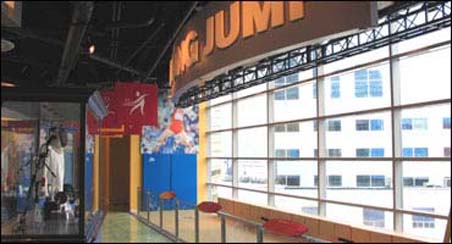 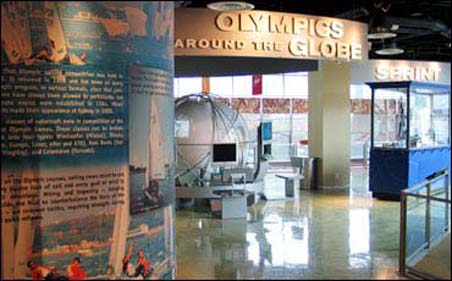 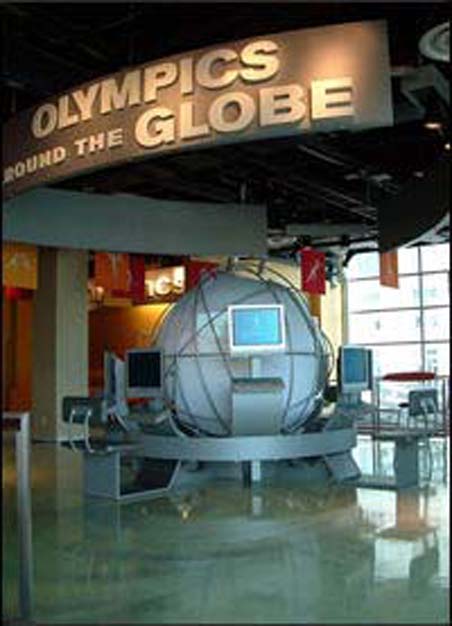 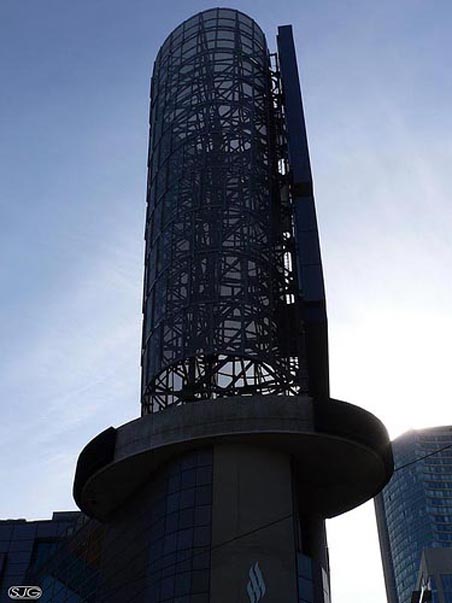 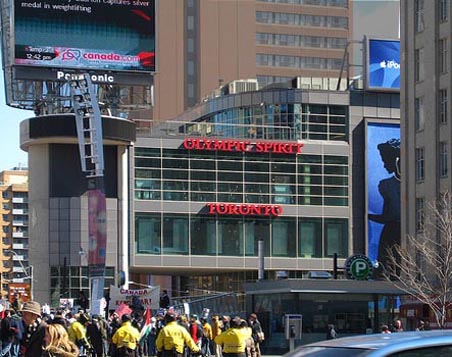 As Vice President of Development Jerry Hewitt modelled both the concept and business plan for this project, commissioning a local team of architects and designers and consultants to work under his direction.

Located in bustling Dundas Square in the heart of the city’s entertainment district, this 5,500sq.m. custom-built Olympic visitor centre immediately became a Toronto landmark when it opened as planned to coincide with the 2004 Athens Olympic Games.

At a cost of CAD35million, the 5-storey centre boasted a similar line-up of interactive entertainments and displays to the Munich prototype, plus the addition of a 360° panoramic Circle-vision theatre holding an audience of 200 visitors. This increased the capacity of the attraction to match its downtown location and the much higher visitation this generated.

Despite the multi-storey configuration, the planning of the centre was considerably more space-efficient than the Munich centre, and the operational complexities of managing audiences across 5 levels were readily accommodated.

“Toronto’s Olympic Spirit is an amazing facility that offers visitors, especially children, a taste of what the Olympics are all about. Each visit starts with a stirring 12-minute movie that leaves parents teary-eyed and kids wanting to see more. Then, after racing to the top floor of this gorgeous, airy building filled with images of athletes and Olympic artifacts of all kinds, kids get to enjoy a wide range of interactive winter and summer sports activities that gives them a chance to try Olympic sports and engage in friendly competitions among themselves.” – Toronto Star